James Koskinas is a painter, writer, actor and  co-creator of the film, “The Twilight Angel,” as well as a play, “Even if The Mountains Burn.”  He attended the College of Arts and Crafts, in Oakland, California and has more recently studied with artists with Bob Winston, Robert Burridge, and Dean Howell.

The figure is James’ primary theme, part of his quest to know the human condition.  He attempts to paint as automatically as possible which is intended to bring forth elements of his unconscious. He adds layers of paint until the original painting has been covered over many times, working at a rapid pace.  He usually has more than one painting going at the same time.  Influenced by Native American mythology, Koskinas sees the role of the artist as akin to that of a shaman, trusting his instincts and freeing the figure from the customary restraints that painting imposes.

A chance meeting with a lost stallion on a Arizona highway set in motion Koskinas’s lifetime obsession with painting horses.  Lately he has added a rider to his horses.  The riders have become self-portraits and a search for unity between the horse and man. 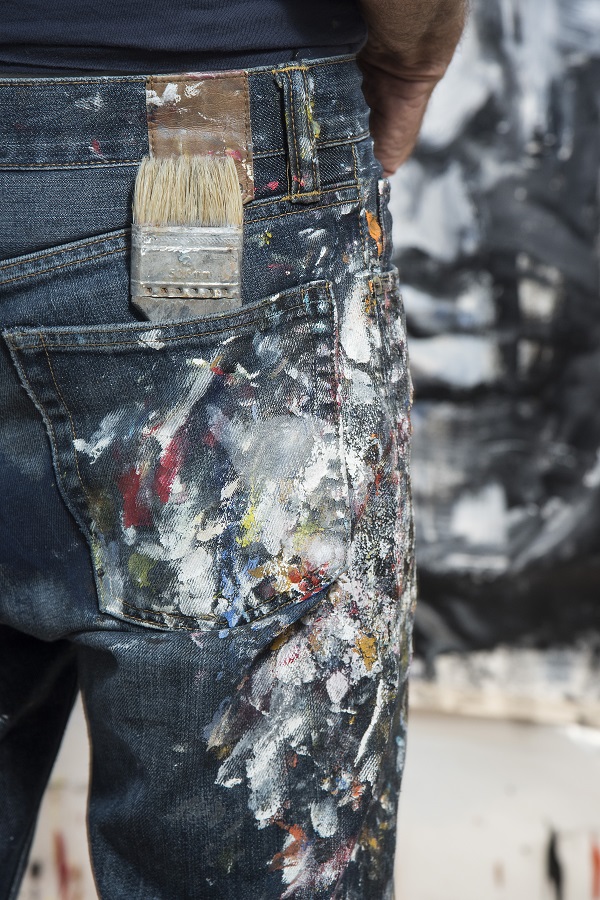 2009  Wrote and performed one man play in Santa Fe and Albuquerque, Even if the Mountains Burn

We use cookies to ensure that we give you the best experience on our website. If you continue to use this site we will assume that you are happy with it.OkPrivacy policy